Hello! It’s me again! I am so missing ya’ll!  My life is so hectic right now I had to run away on a Cruise with my husband to the Bahamas. We recently were told we won a “FREE” three-day cruise and decided to take it on our Fourteenth wedding Anniversary. It was so relaxing, I didn’t want to come back!

Now let me tell you like I said, this was supposed to be a “FREE” cruise. Of course “Free” is never actually free. We were offered this all-inclusive package, and it sounded so good I had to get it. Hubby and I had never been on a cruise and wanted to try it out. All I had to do was pay the port fees, or so I was told. Then when it came closer to departure time, they called and offered a discounted hotel room for 2 extra days before the cruise, for a “low” price of fifty dollars for 2 nights, all meals included. So again, I added it.

Let me just give you the “Tea” on how this went. You’re going to need a tall glass. Mind you we had an awesome time! We truly enjoyed the alone time. Hubby and I met some awesome friends, and ate so much till we had to roll off the ship! I think I took a hundred plus photos. The weather was amazing the entire trip and the view? Wow! like I said earlier, I did not want to come back.

However, we arrived at the airport in Fort Lauderdale, only to find the hotel an hour away, and a Taxi ended up Forty-five dollars. Hotel transport you ask? No, they did not have any transport for this “Resort” at all, not even to and from the airport. We felt abandoned. It took 2 hours to get to the hotel, another hour to check-in, and get settled. Now we were offered a third “discount” before leaving home, for a rental car. It was only one hundred ten dollars for the whole week, which would be parked while we sail, and be there when we get back. We would be renting on days we did not need it, plus pay outrageous parking fees at the airport. No thanks! Although after paying the taxi’s fees for these two days, we should have rented that car! Remember, we had to get to the ship, which was forty-five minutes away, and back to the airport at the end of the vacation.

Again, the Ramada “Resort” was nothing but a hotel, deep in the heart of Fort Lauderdale, thirty minutes from anything. No restaurants, no beach, nothing. There was a Publix across the four-lane highway, which we would have had to cross on foot. After hanging at the pool, which was extremely clean and in excellent condition, we met some people from New York. So we split the cost of an Uber the next day and hit the beach! It was so beautiful, and finally felt like a vacation!  This was of course, after the four-hour timeshare presentation that we had to attend in order to get the tickets to the “Free” cruise. And they did give us a free ride to sell us something. Go figure!

The meals at the hotel were ok, nothing to brag about, but we did not go hungry. Now it is time to cruise! I was excited, thinking at least I can relax now. Honey, wow! On the day of sailing we were told if we sit on another presentation, we could get a VIP pass to board the ship ahead of the lines. They were still trying to sell us stuff! No, I don’t want it, give me my tickets please! The VIP we did not even need. There were no lines when we arrived, so we were allowed to board right on, along with everyone else, no special VIP treatment at all.

Now, this is where it gets interesting. Day one. So, before boarding, we had to place an onboard credit, just in case we bought anything while sailing. Thank God we brought spending money. After getting on board, which was late in the afternoon, we head to the main pool. A guy hands me a drink, I tasted it, he says I now owe him fourteen dollars. Wait I thought this was a free cruise! “Water and juice are free”, he says. The ship was old but beautiful. It was actually an older Carnival boat purchased by this underdog of a company, Holiday Cruises. The stateroom was large, immaculate, and our Concierge, Jimmy, was awesome! He took really good care of us! There were two saltwater pools, two hot tubs, and a kiddie pool with a slide separate from the adults.

The food. I have to mention the food. This ship, the Grand celebration, had a twenty-four-hour five-course buffet. Every girls’ dream is to be able to eat without judgment! Yes, girl! They had a bar for salad, fruit, bread, main course, sides, and dessert. They each had their own bar. The desert was not just cookies either. Oh no, it was stuff like key lime pie, and lemon meringue, and ice cream. I ate so much I still feel full a week later! And, there was a second buffet out by the pool, with unlimited pizza, hot dogs, and hamburgers.

The nightlife onboard was just as nice. They had five or six bars, a nightly show, and a casino. The music was great! So many choices. They had a live band, a disco with today’s Hip Hop, another with a 70’s vibe, and then even a Hispanic bar. I actually gambled a little, but don’t tell anyone. I won two hundred dollars, then gambled it back. I think that is common practice.

Day 2, we chose a day at the beach once the ship docked in the Bahamas. This again was not free but yet another thirty-five dollars each for the van ride to the beach, which was thirty minutes from port. I mean, who comes this far to not see the beach? And why is a beach in the Bahamas so far away from the port? They have really got this thing figured out to make you spend money over and over again. If you did not want to spend money on an excursion, then there was no other choice but to stay on board. After all, the port is yet again thirty minutes from anything but customs. When you exit the boat, all you see is water, dirt, and a building, all with a huge fence around it. I felt like we were going to prison, not that I have ever been. There were locals to chase you as soon as you get outside customs before we hit the bus to offer “Native” items. Didn’t I just see that dress at CVS?

Now the Bahamas are so exotic and relaxing, once we got to the tourist side of the Island that is, we forgot all our troubles for a couple of hours anyway. A swim-up bar, the white sands on the beach, the sun beaming down, and the water was so relaxing! I could stay here forever. Of course, we couldn’t. I had to get back to life.

Day three. After packing the suitcase all night, we wake up early thinking we can beat the lines to get off the ship. We thought wrong. Customs had an overflow of docking Cruise ships, and we were in line five hours. Yep! We tried to get off the ship at ten o’clock in the morning and finally got outside at one o’clock in the afternoon. Mind you our flight is at three, and we have to check-in at two o’clock. Luckily, our new friends offered to rush us to the airport in their rental car. Yes, the one we refused.

We did catch our flight. And again we did have an awesome time. But after all the fees, and side money spent, we could have just paid for a whole cruise for a little more without all the hassle. Oh, I didn’t tell you about the onboard credit! They charged for fuel ($18), really?! Gratuity ($25), each drink that was not water or juice, the bus ride to the beach, and the bottles of water in our cabin. Soda was twenty-five dollars for unlimited drinks, each.

Free you say? If I knew all of this when I heard them say free, I would have never taken this offer. So you see, when someone calls and says, “You have won a FREE” whatever it may be, HANG UP! Do not take it, do not patronize them, just hang up. It sounds so good you will buy it by the end of their long speech. Nothing in this world is free. I don’t care how good it sounds, there is always a catch. It is up to us to be smart about our choices, have discernment about our decisions, and choose wisely when to say yes. Would I go on a cruise again? Yes, I would. Just not this particular ship. Carnival and the other larger Cruise companies have no hidden fees. Now that I know what to expect, we would just pay upfront, reserve our own hotel, and enjoy.

One thing I can say is that after all of this like I mentioned earlier, we came out with new friends! We all exchanged contact info, and are going to make it a point to travel at least once a year. I look forward to meeting up with them again later in the year in Las Vegas. There is hope for a successful vacation after all. It is always nice to have something to look forward to.

Look at me?! I have rattled on and on about our trip, without ending.  I hope I have not detoured you away from going on a cruise. It is something everyone should do at least once. Don’t let life pass you by. Plan that vacation, save up a little at a time if you need to. But just do it! Life is too short not to enjoy it!

Well, my tea is empty again. I am going to fill up, lay back, and get ready for this thing called reality. Vacation is over, time to get back to work. Until the next time, be blessed, stay southern sweet, and I will have the tea waiting.

Hey ya’ll! Welcome to the south! My name is Snow Wilson. I am a born & bred Christian country girl from Eldorado Illinois. So if you want southern, I’m ya girl. Follow along as I travel around the Country, & most recently, Internationally. Please share my blog with your friends and family! Until then be blessed and stay Southern! View All Posts

One thought on ““Free” is never Free!”

Follow Sno's Southern Life on WordPress.com
I am on Facebook, Snows Adventures. Follow me to see updates on my journey in Jamaica. Allow us to introduce you to our Island by booking a tour. 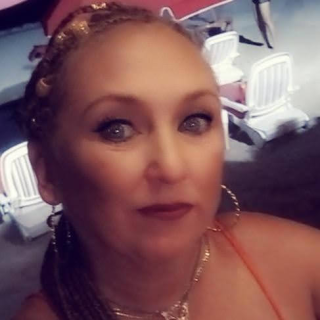 Hey ya’ll! Welcome to the south! My name is Snow Wilson. I am a born & bred Christian country girl from Eldorado Illinois. So if you want southern, I’m ya girl. Follow along as I travel around the Country, & most recently, Internationally. Please share my blog with your friends and family! Until then be blessed and stay Southern!